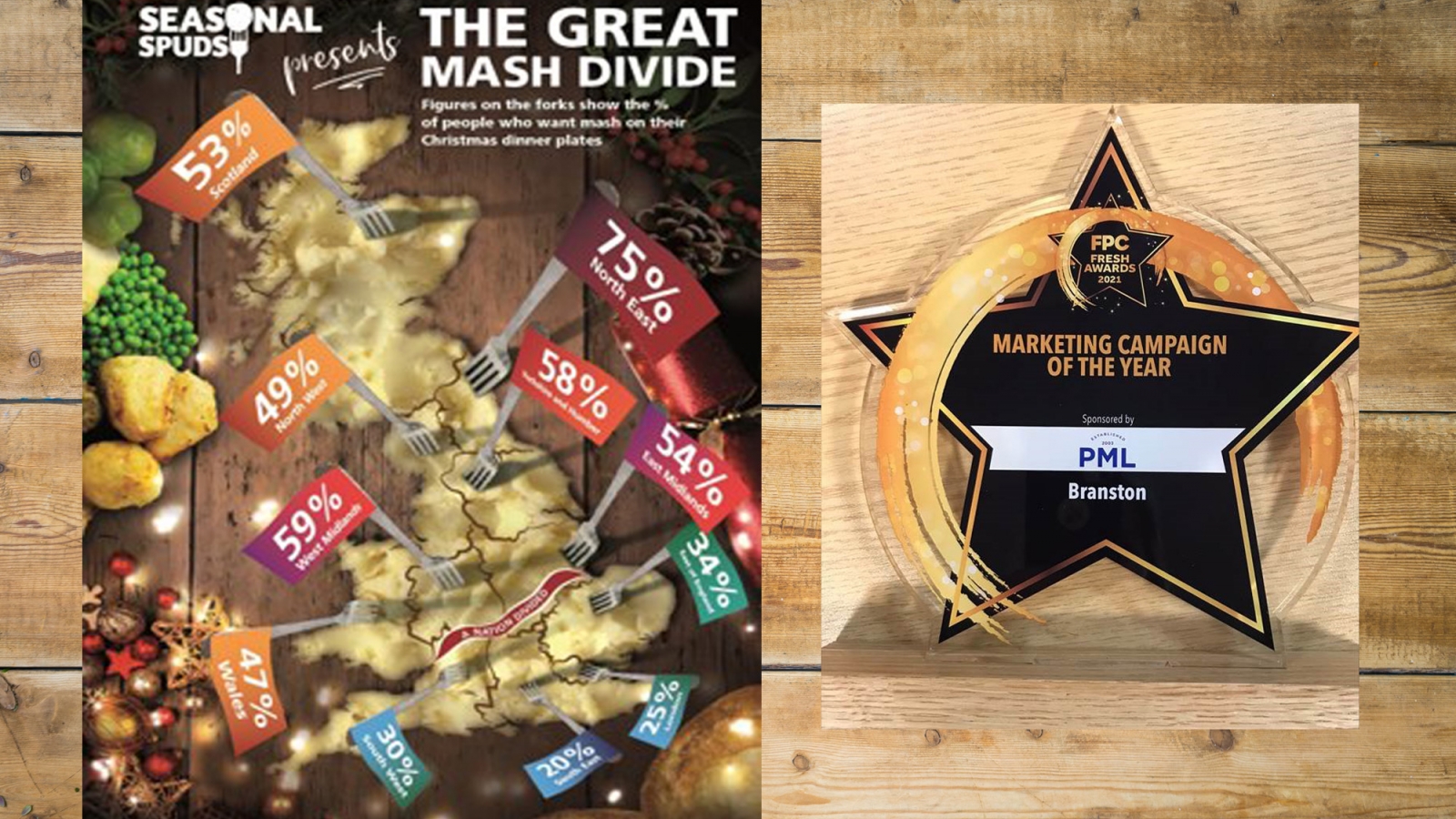 Almost two years on from Branston’s viral debate, ‘The Great Mash Divide’ is still gaining national attention, after fighting off fierce competition from big brands to be awarded ‘Marketing Campaign of the Year’ at the FPC Fresh Awards last week.

In winter 2019, Branston conducted a YouGov survey, via its consumer brand Seasonal Spuds, to find out what people wanted on their Christmas dinner plates. They were fairly confident that roast potatoes would be a universally popular choice, but what they hadn’t anticipated was the strength of feeling over the inclusion of mash.

The survey found that there was a clear North-South divide, with people in the North wanting not just roasties but mashed potatoes too for Christmas. The results sparked conversation across national print and online media, as well as gaining significant traction across social media with influencers and consumers all getting involved.

The national awards attract entries from some of the biggest brands in the UK fresh industry. After Covid-19 scuppered plans for the FPC Fresh Awards evening in 2020, the finals were able to take place at Old Billingsgate in central London last week.

The ‘Marketing Campaign of the Year’ category saw entries including Berry Garden’s work with Dame Jessica Ennis-Hill, Coregeo’s Pink Lady activity and even Aldi’s Kevin the Carrot campaign. However, ‘The Great Mash Divide’ was named the winner in the highly competitive category, due to its originality and country-wide popularity.

Lucia Washbrook, sales & marketing director at Branston, said: “We are delighted to have been recognised with such a prestigious industry award. Our team were thrilled with the results of the Great Mash Divide and we’re so glad this has been recognised, especially in a category with such strong competition.”

At a time when the general election was taking place and eagerly anticipated Christmas adverts were on the screens, potatoes cut through the noise as the country united on one thing; whether it’s just roasties or mash too, spuds are the undisputed star of the Christmas dinner plate.

To find out more about Seasonal Spuds recipes for this Christmas, visit our website: https://www.seasonalspuds.com/