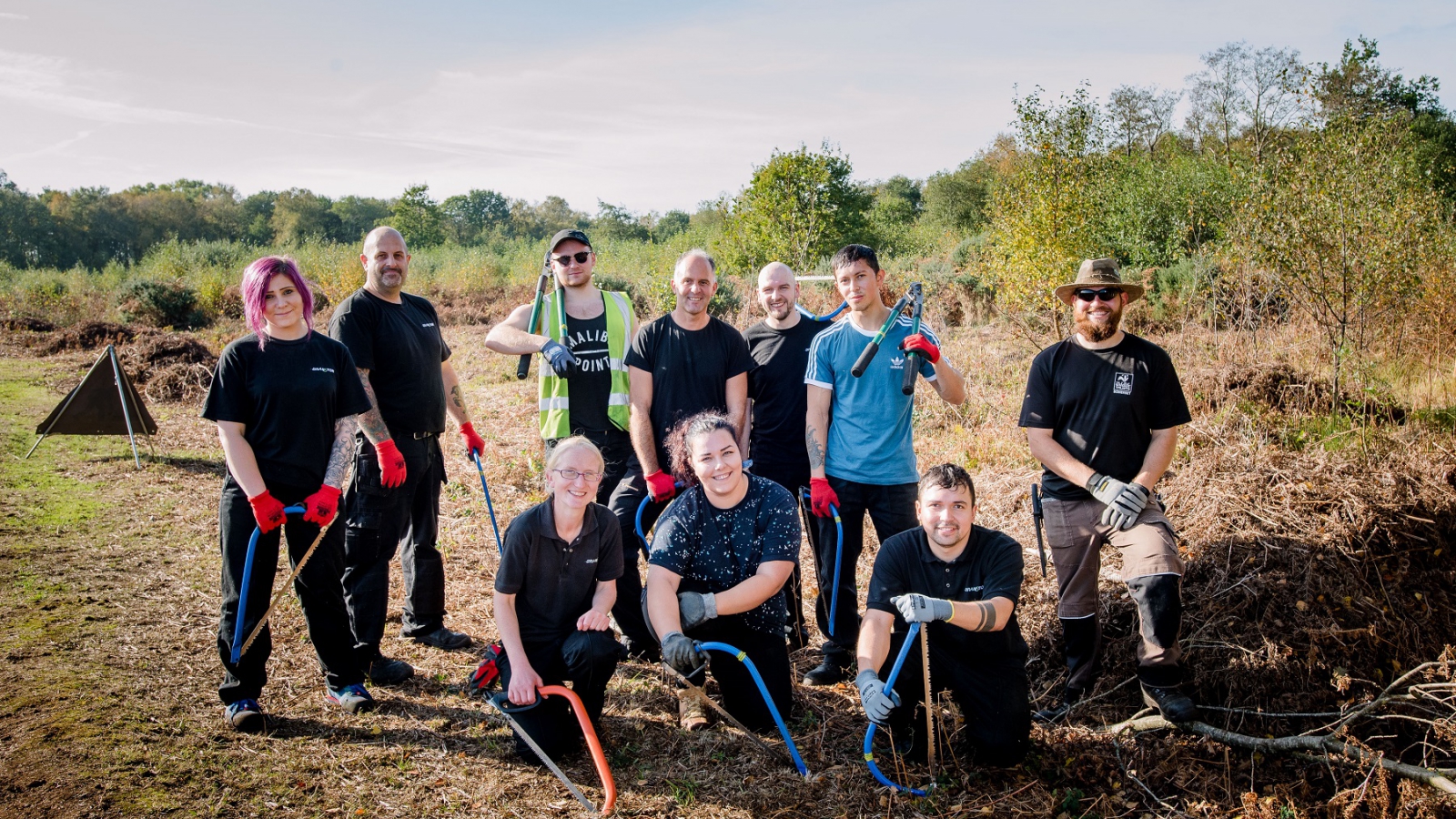 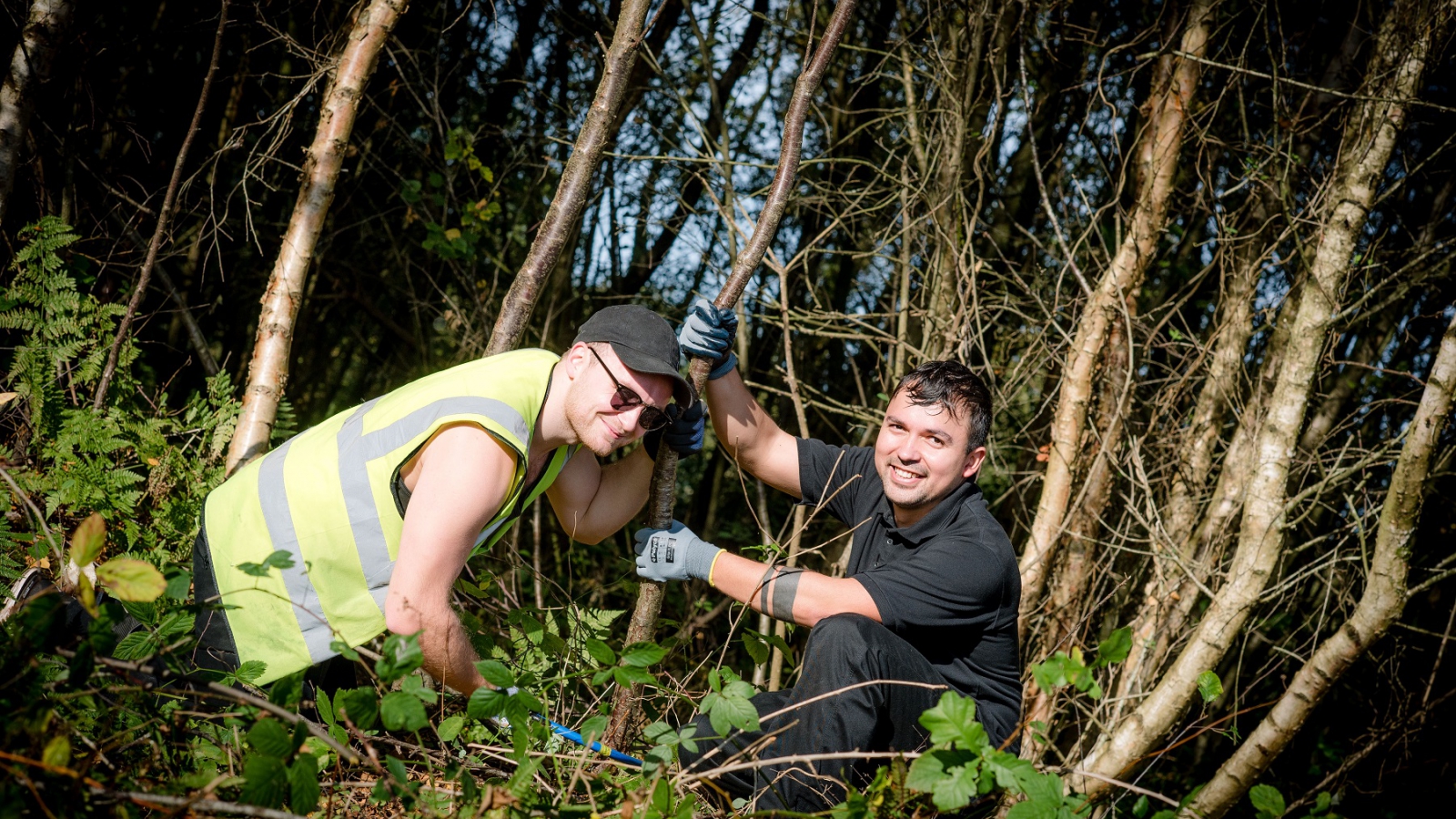 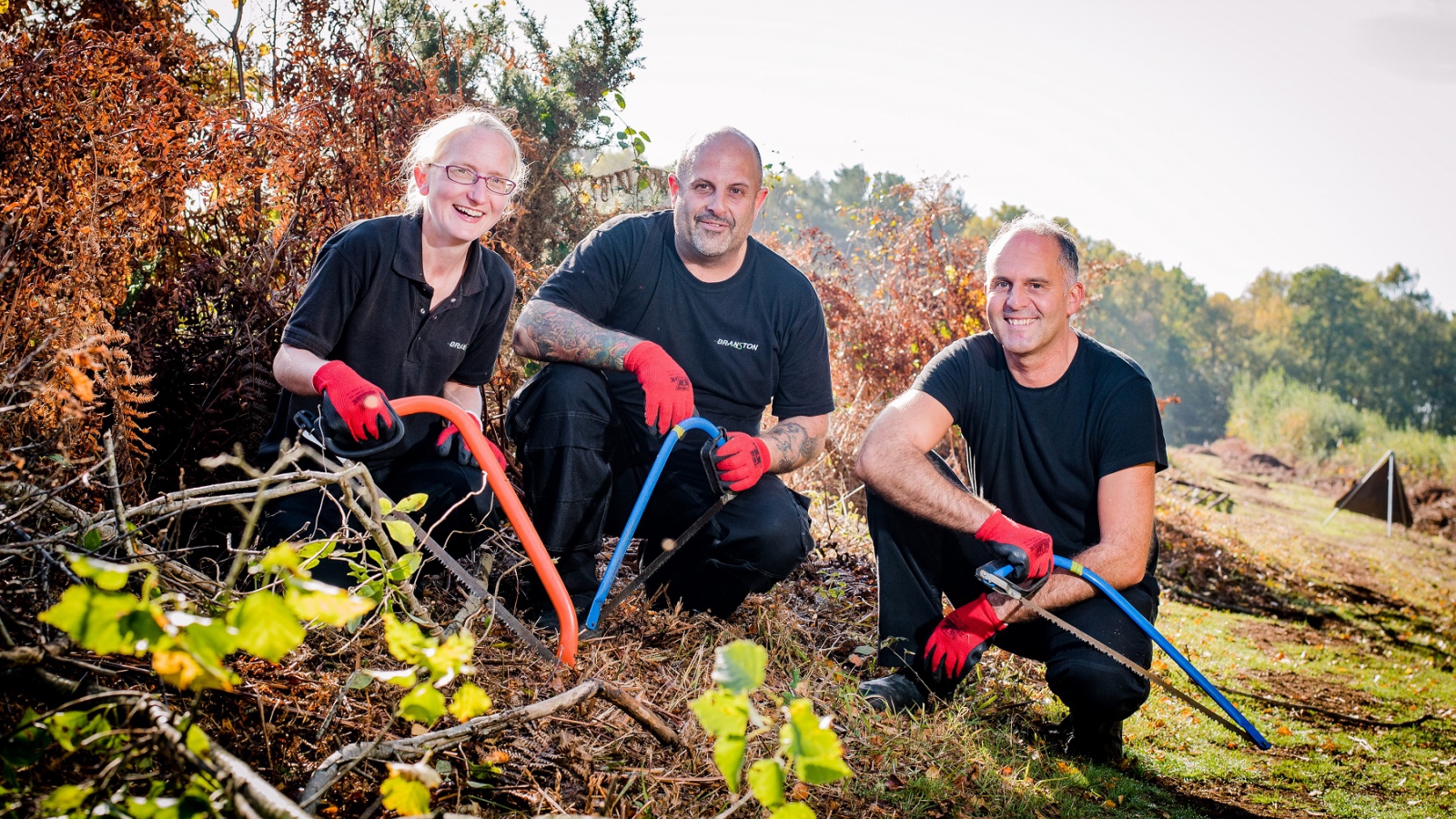 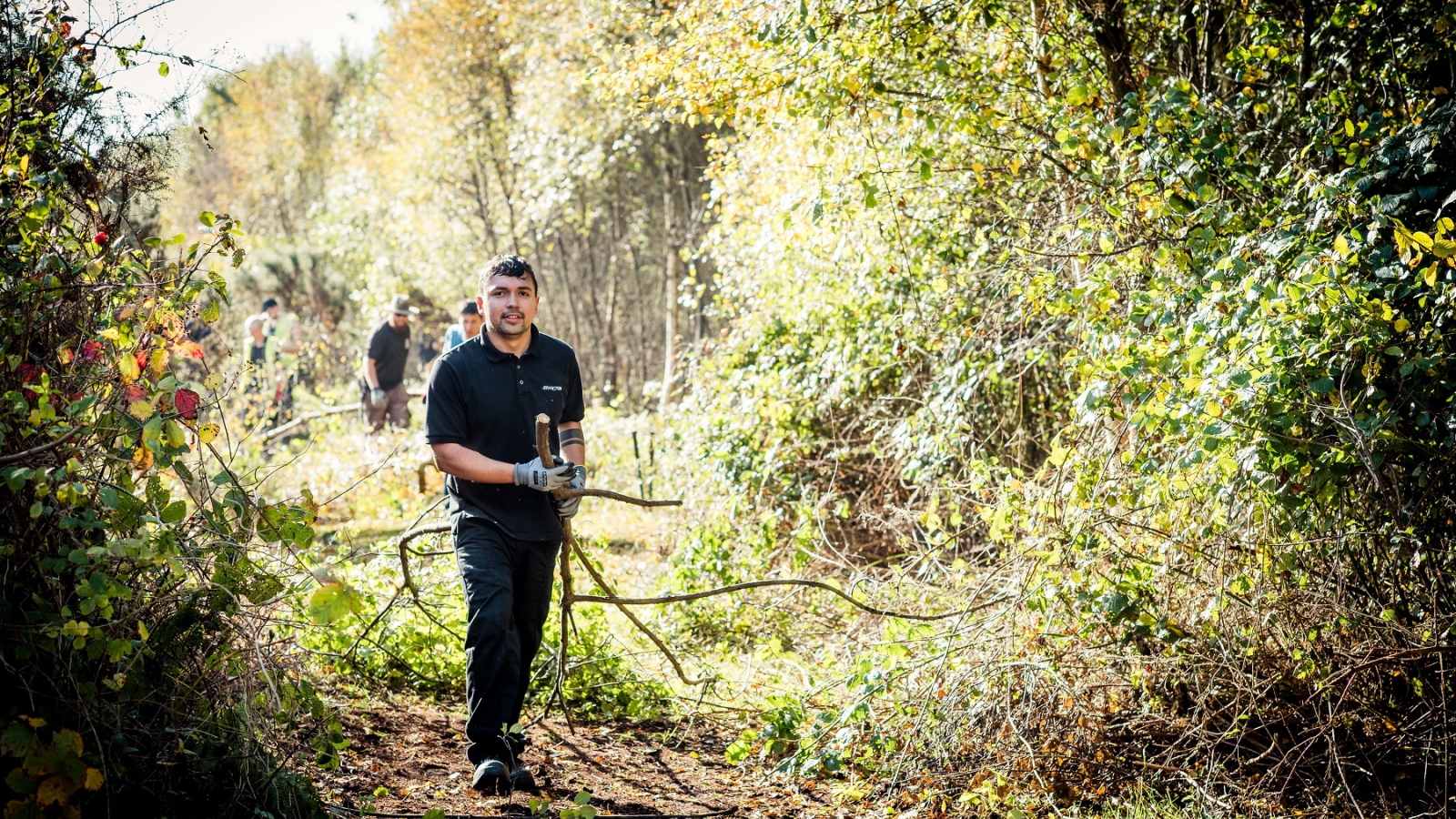 On 25 October, a beautiful autumn day, a team of volunteers from Branston’s South West site got stuck in to help out Somerset Wildlife at the Westhay Moor Nature Reserve in the Avalon Marshes near Glastonbury.

Westhay Moor is a uniquely important conservation area. It contains the largest surviving fragment of lowland acid mire in South-West England along with its rich native flora and fauna. Up until the early 19th century large areas of raised bog (or mire) were a distinctive feature of the Avalon Marshes, but now Westhay Moor is one of the few surviving areas.

A key part of the conservation programme is to try and reduce the amount of scrub, which can easily overtake the marsh and drastically affect the environment. As it’s constantly growing, this is an ongoing job, which requires a lot of manual labour. Under the guidance of the Westhay Reserve’s team, the volunteers from Branston spent the day clearing overgrowth by hand, not just the open areas, but also opening up pathways to improve public access to this beautiful nature reserve.

Kirby Everett, communications and corporate relations manager from Somerset Wildlife Trust, said: “The Branston team were a terrific bunch to work with and so enthusiastic. We were delighted with the amount of scrub clearance they delivered. The cutting back of the scrub along the path to improve access was vital, and the amazing amount they did on the more open areas on the mire was particularly valuable. Mire habitats support huge numbers of species - plant and animal alike. If we lose this habitat, everything that depends on it is also lost.

“As you can imagine, there’s a never ending amount of scrub to clear, so the volunteers’ help was really gratefully appreciated!  And we hope that the team got a lot out of the session too – both in terms of satisfaction and working with their colleagues.”