Altzheimer Scotland was presented with a cheque for more than £9,000 at the Scotland site 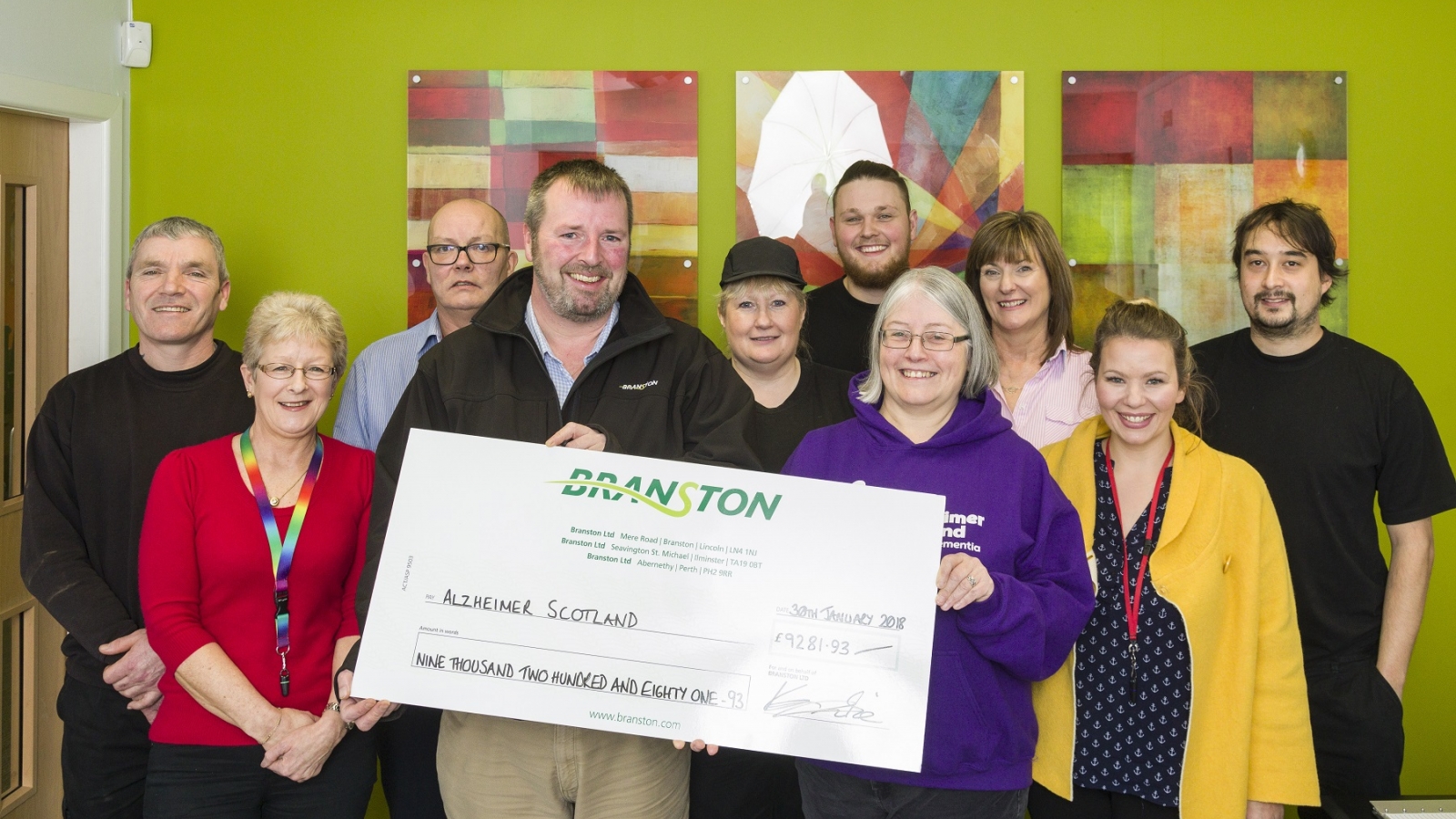 Alzheimer Scotland was presented with a generous cheque for more than £9,000 from Branston's Scotland team last week (30 January).

As the site's 2017 Charity of the Year, Alzheimer Scotland benefited from funds raised through various activities organised by Branston’s charity committee, including a bake off, ‘sponge the boss’ and treasure hunt. Money was also raised from Branston’s Christmas festivities such as its Christmas jumper day and a gin raffle.

In September, Branston’s employees from its Lincoln, Scotland and South West sites, along with suppliers and customers, also embarked on a 100 mile cycle ride across the Lincolnshire Wolds with the money raised divided equally between the firm’s chosen charities.

A total of £9,281.93 has been donated to Alzheimer Scotland, which provides a wide range of specialist services for people with dementia and their carers.

Maureen Thom, dementia engagement manager at Alzheimer Scotland, said: “I am always delighted to meet the people who do so much to help us raise vital funds to support people living with dementia in Scotland. We truly couldn’t achieve a fraction of what we do without their generosity. It’s also great to hear how they raised the money and the team at Branston obviously know how to put the fun into fundraising!

“In order to run, grow and develop such a varied portfolio of services, we absolutely rely on fundraised income, not only to fund our vital work but also to help us get people talking about dementia. Branston’s support will help us fund services such as our specialist Dementia Advisor in Perthshire and our 24-hour Freephone Dementia Helpline.”

Kevin Imrie, general manager at Branston’s Abernethy site, said: “We had great fun raising money for our chosen charity this year. We chose Alzheimer Scotland because of the amazing work they do in the community around our  site in Perthshire.

“Our charity committee did a fantastic job of organising a variety of engaging events. In 2017, the team raised £6187.95 which we topped up with an additional 50% to make the grand total of £9281.93. We are thrilled to have doubled our target and to support a charity that is so close to our hearts.”