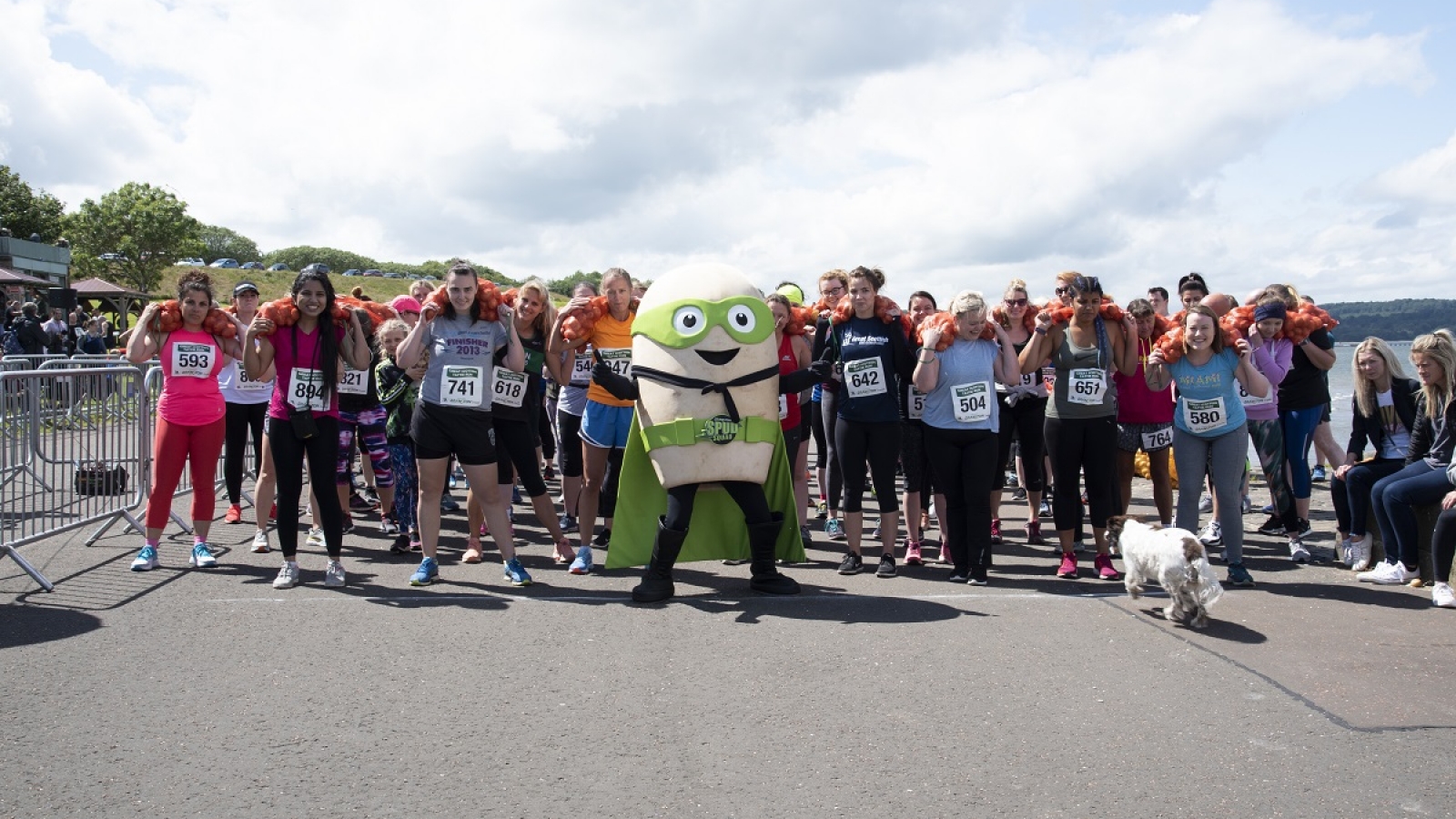 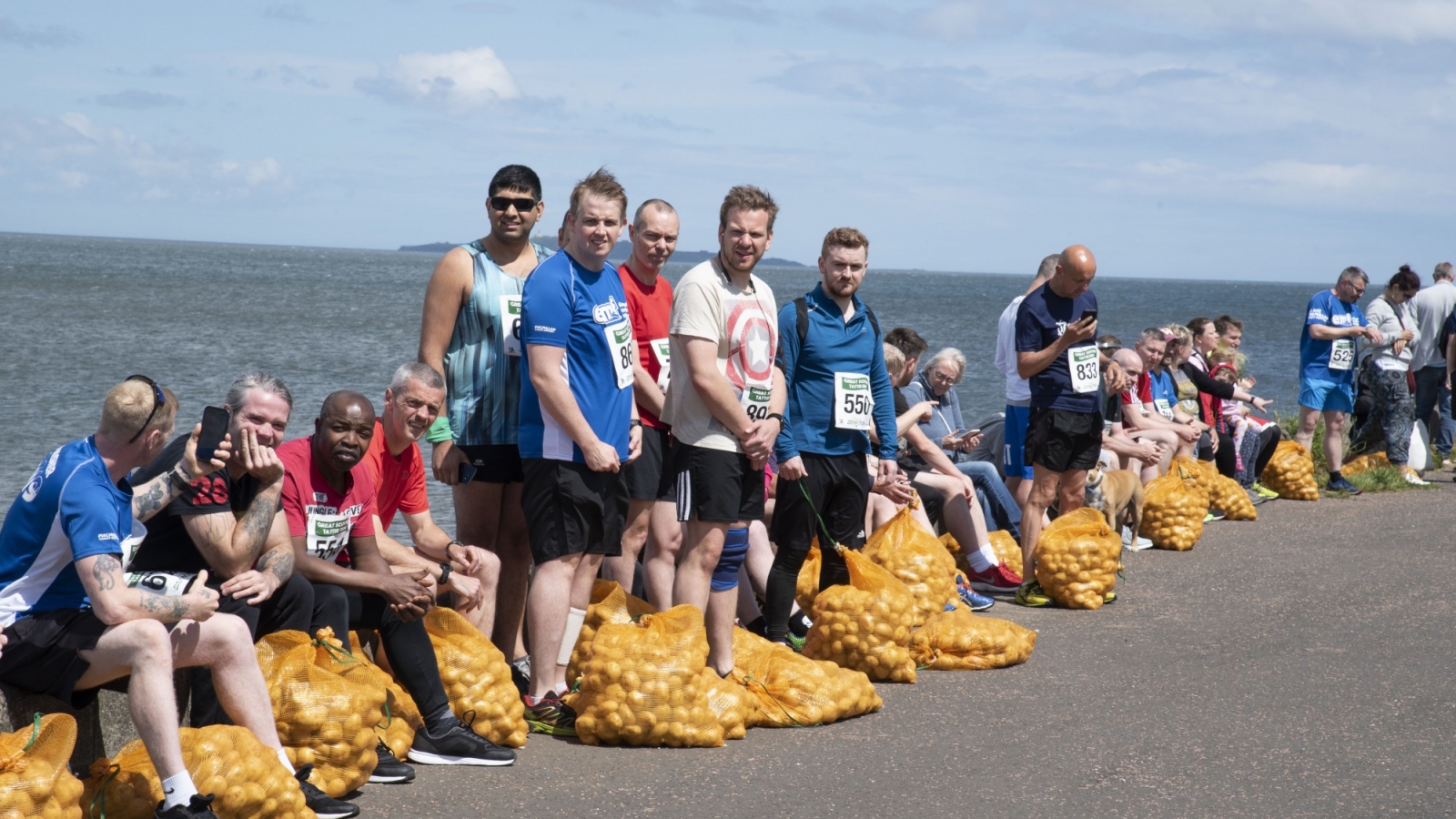 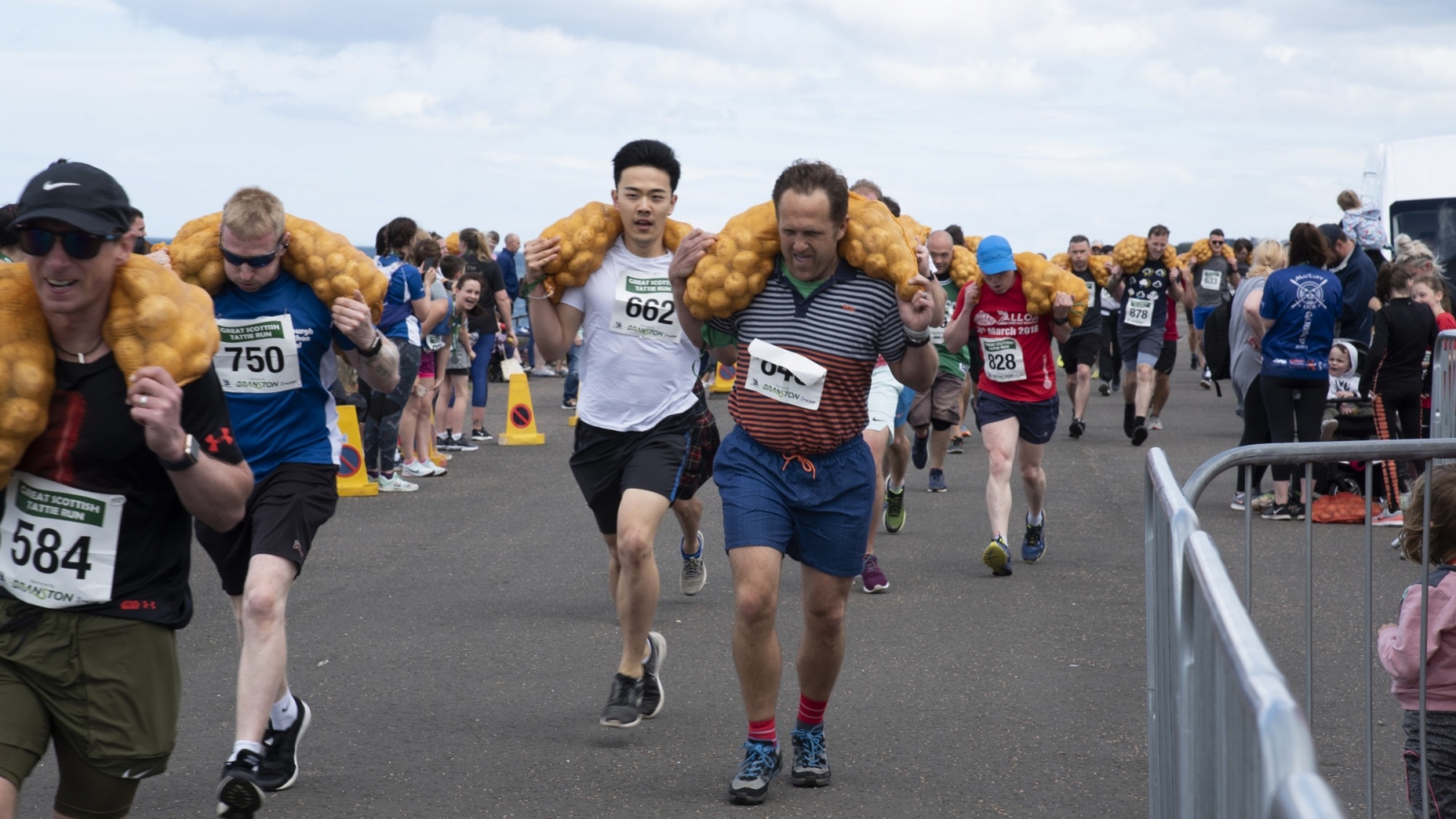 On 30 June the fourth (and greatest yet!) Great Scottish Tattie Run took place in Edinburgh. Competitors ran a one mile circuit along Silverknowes Promenade carrying a bag of Branston tatties – 20kg for men, 10kg for women and 5kg for teens. There was also a ‘Potato and Spoon’ race for the bairns.

Branston stepped up to sponsor both of this year’s events – the next one is the Great Perthshire Tattie Run on 10th August – which are organised by the Great Scottish Events team. Branston’s Scotland site supplied over 500 bags of tatties for the runners to carry around the course and then take home afterwards.

The Tattie Runners were grateful for the cool breeze off the Firth of Forth as they employed a range of carrying techniques to manage their heavy loads. At the end they were awarded a special Branston medal along with bottles of water and fresh fruit given out by the team from the local Tesco Metro at Davidson Mains.

Branston's SuperSpud mascot helped out by starting off each of the races and was among the crowds to cheer everyone on.

For more information about the next event - Great Perthshire Tattie Run - click here.