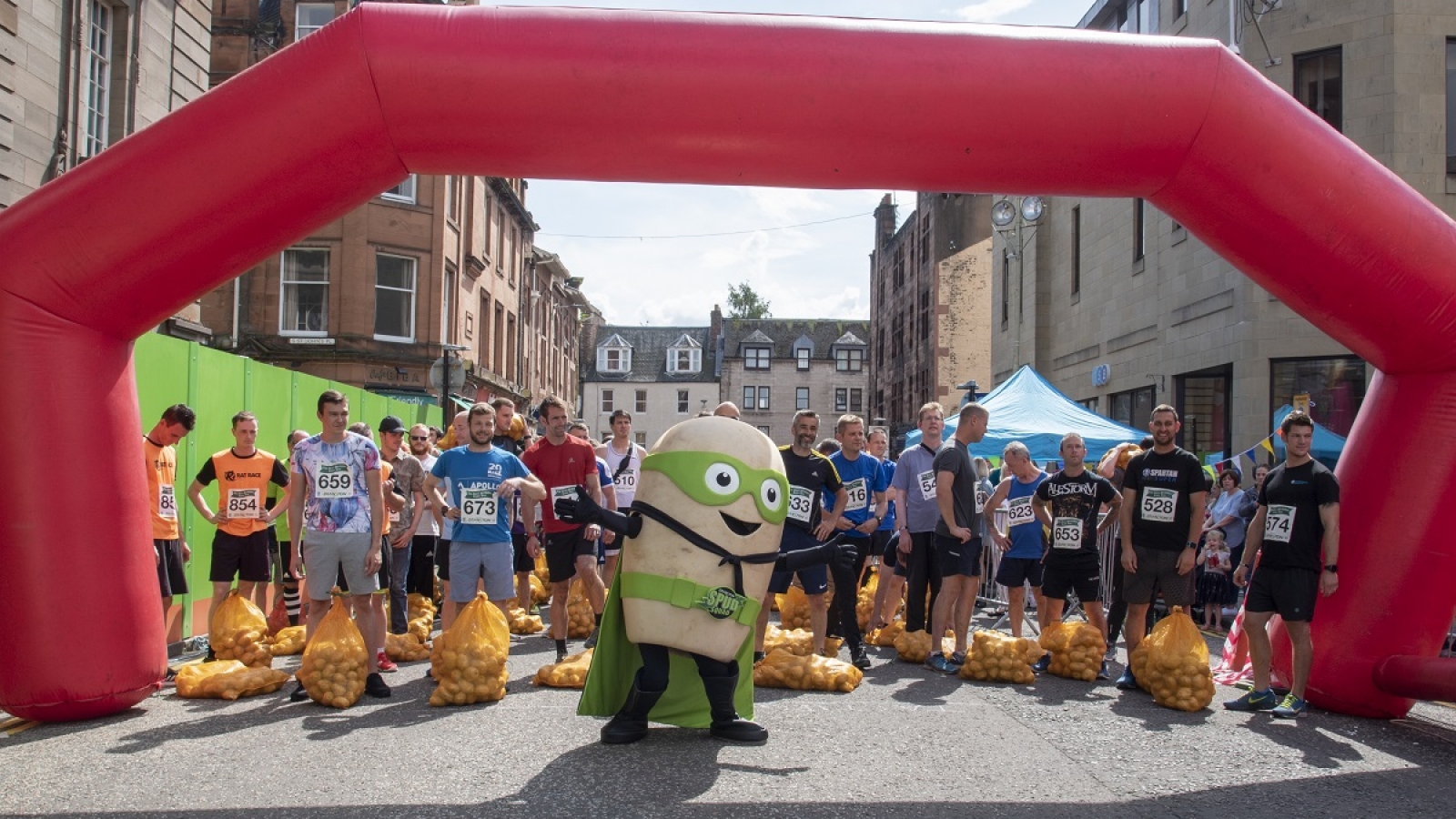 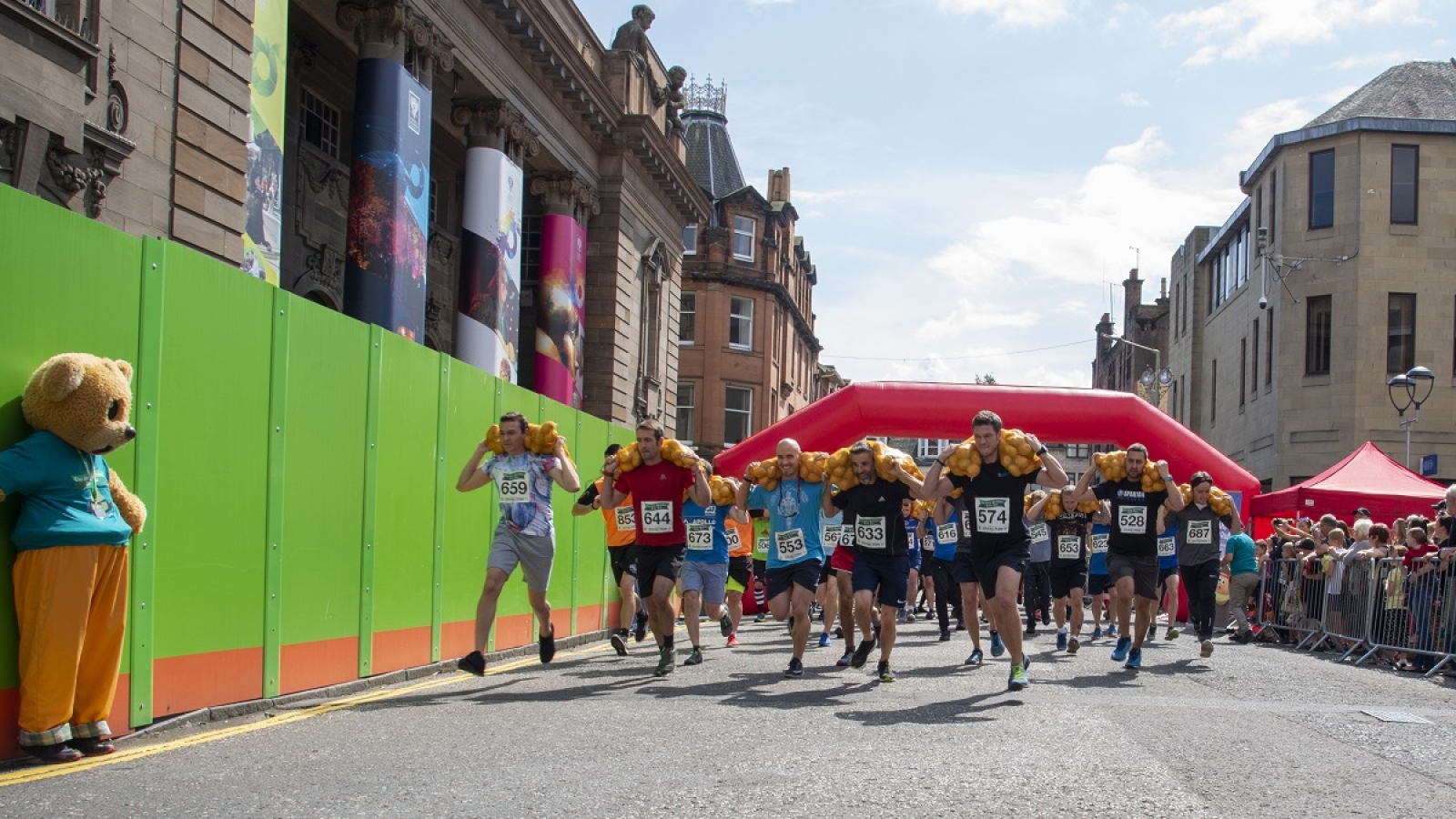 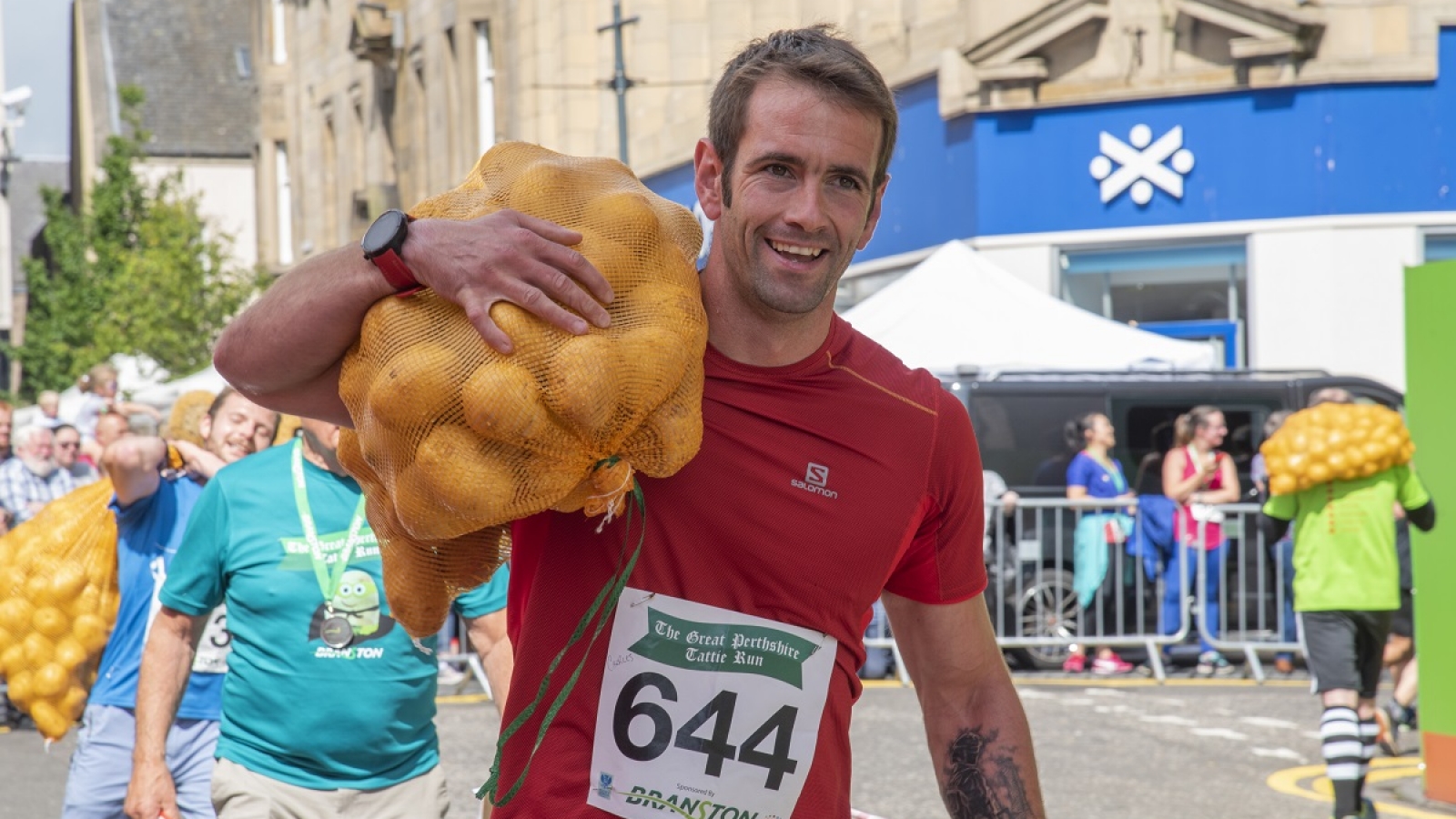 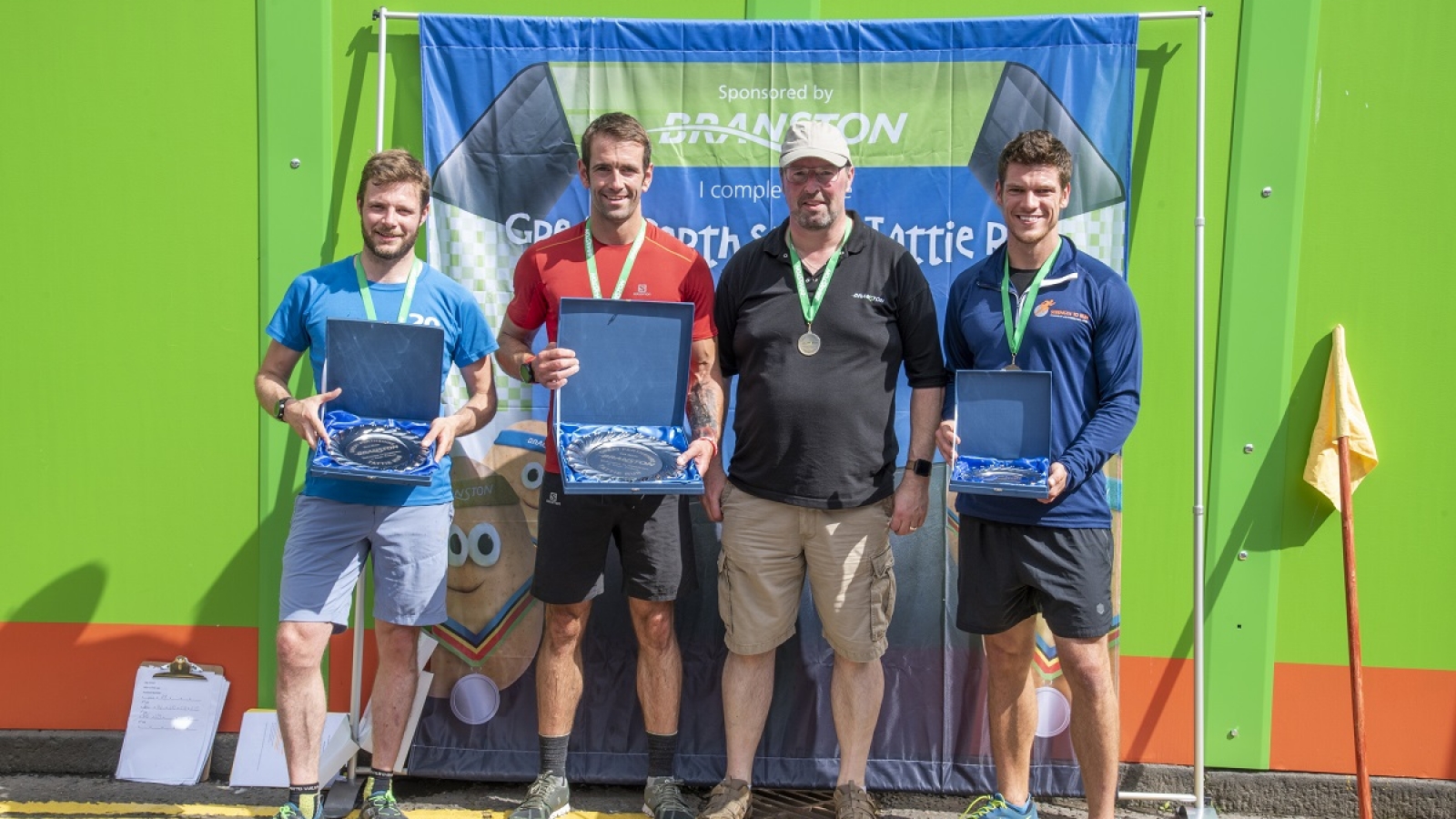 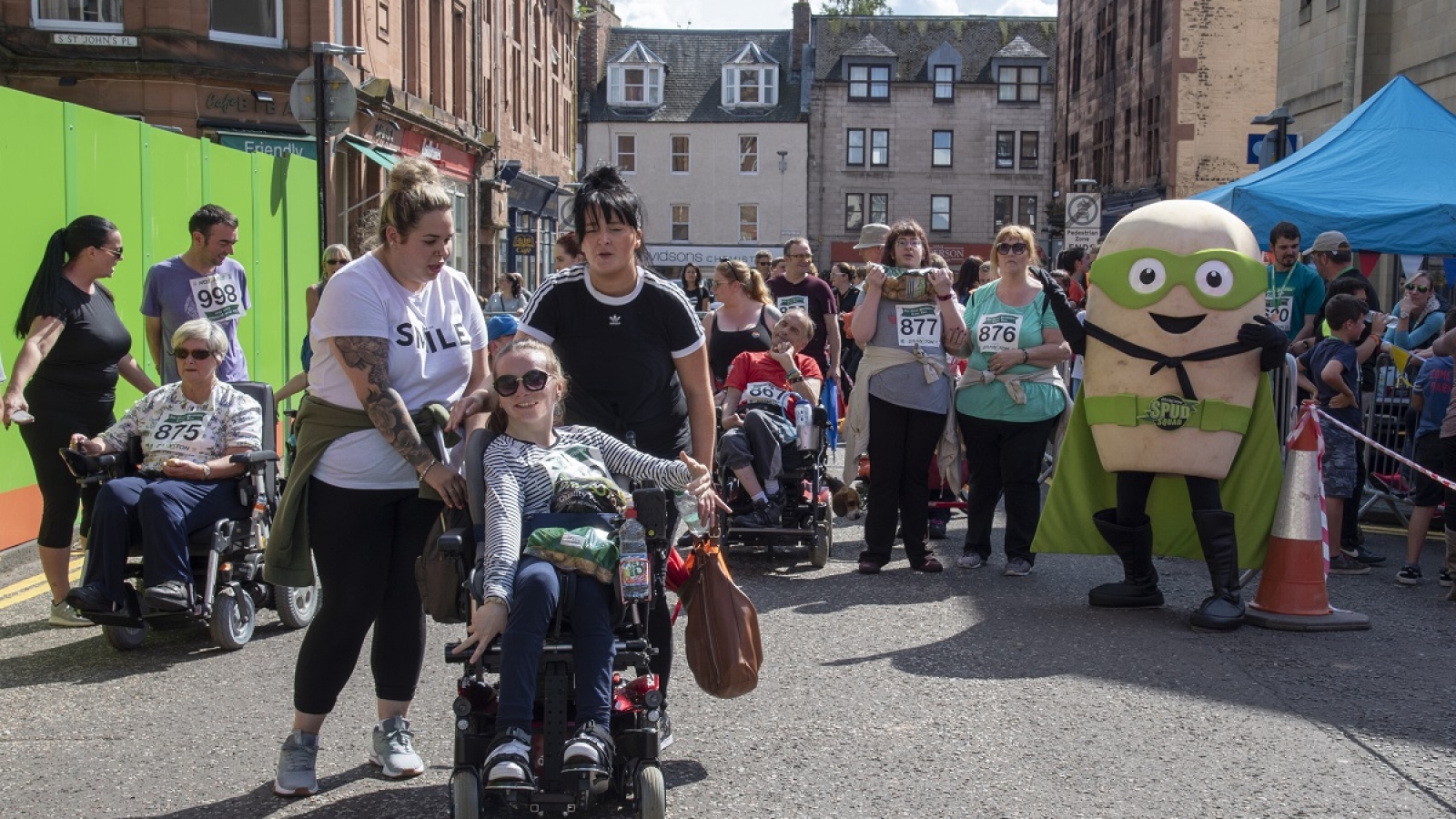 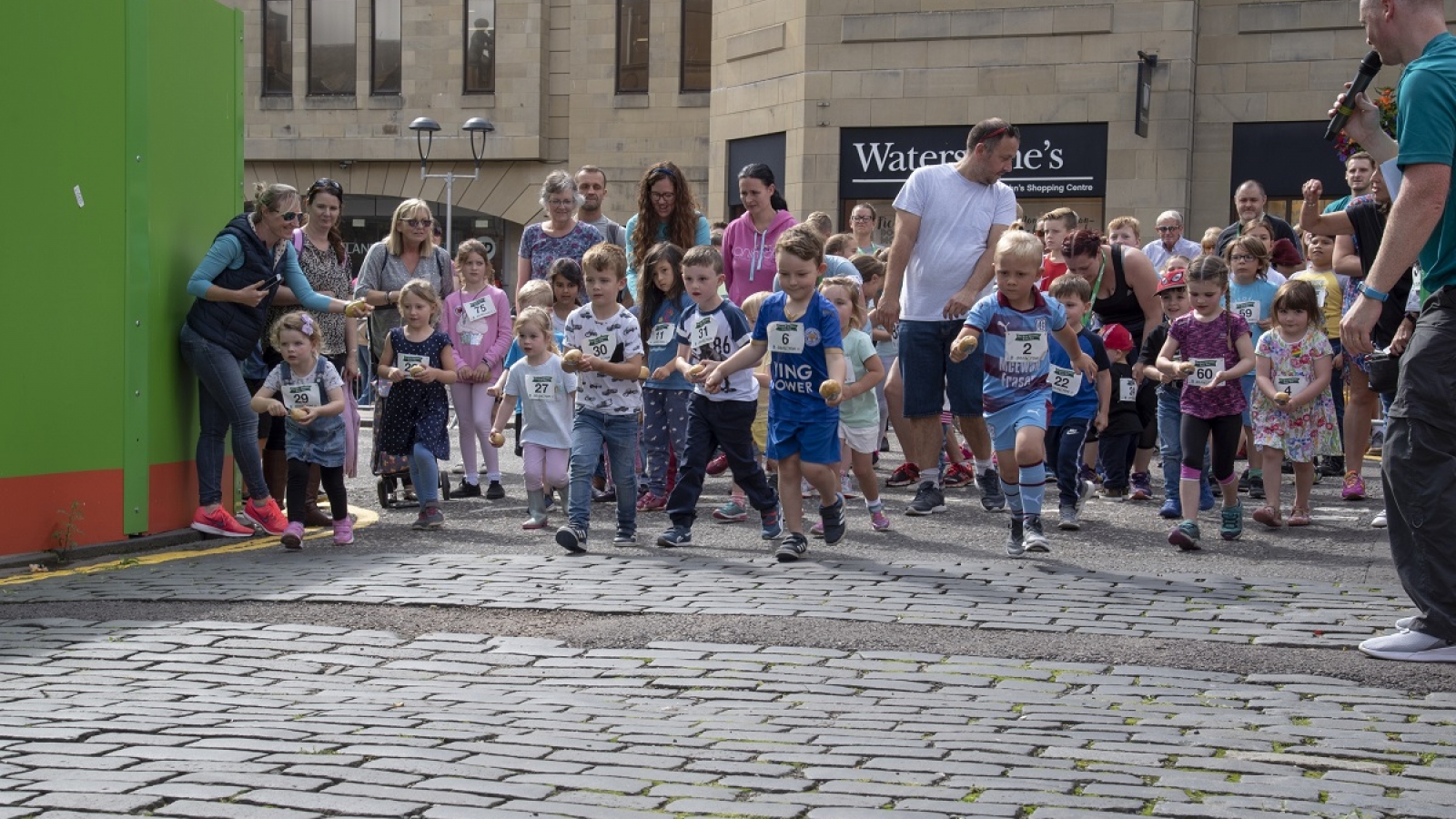 On Saturday 9th August the second Great Perthshire Tattie Run took place in the centre of Perth. Branston provided over 300 bags of tatties for the competitors to carry – 20kg for men, 10kg for women and 5kg for under 18s - around the course.

Starting in King Edward Street, the route takes competitors four times around the Town Hall on the city’s historic cobbled streets. As well as the one mile tattie-carrying run, there was a half mile relay for disabled competitors and a shorter spud and spoon race for younger ones. Branston's SuperSpud mascot was there to motivate the competitors and help start each of the races.

The Perthshire Tattie Run was set up by the Great Scottish Events team by popular request after seeing the massive popularity of the Great Scottish Tattie Run in Edinburgh (now in its fourth year). This year it formed part of Perth’s Super Saturday event, which also featured the inaugural Women’s Tour of Scotland cycle race, Touch of Tartan Perth Half Marathon, Medieval Fayre and Perthshire Pride.

Despite dire weather forecasts the Tattie Run took place in blazing sunshine. It was followed by a sharp shower at the end, which helped to cool everyone down.

Terry Crossley director of Great Scottish Events, who organise the Tattie Runs, said: “It went very very well. Everyone seemed to enjoy themselves. We had twice the number of tattie runners that we did last year, over 300, and it was very successful.”