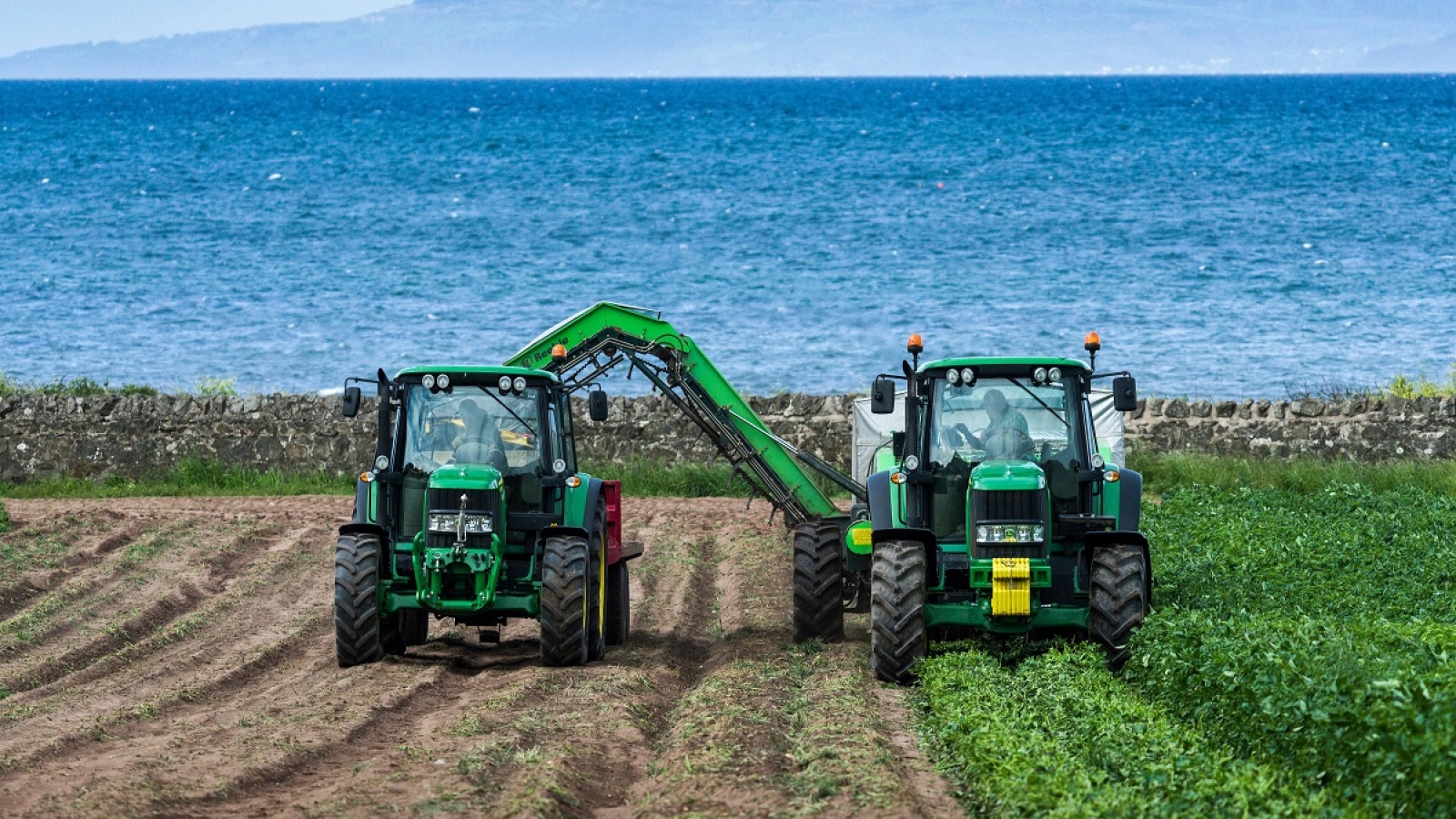 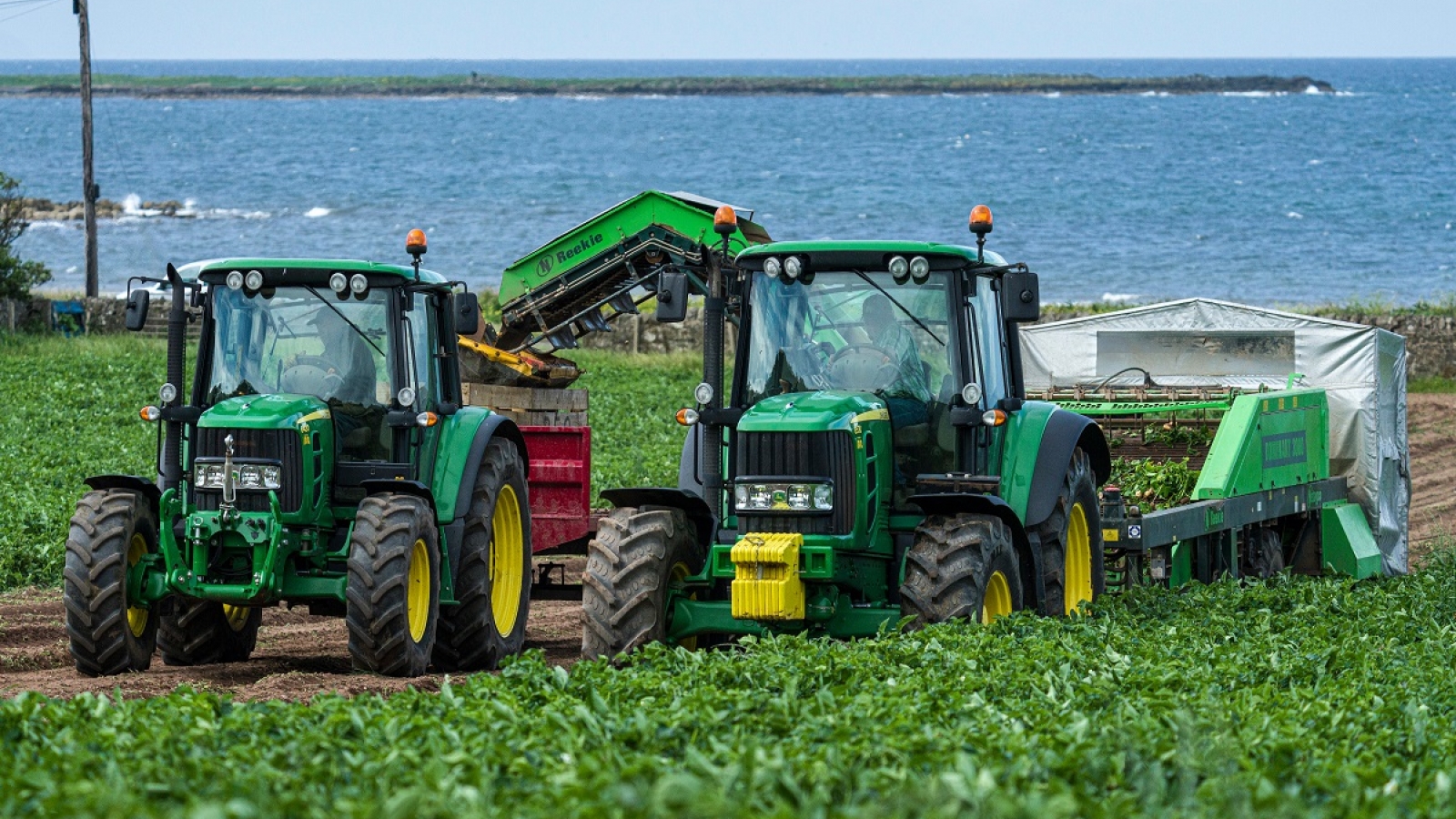 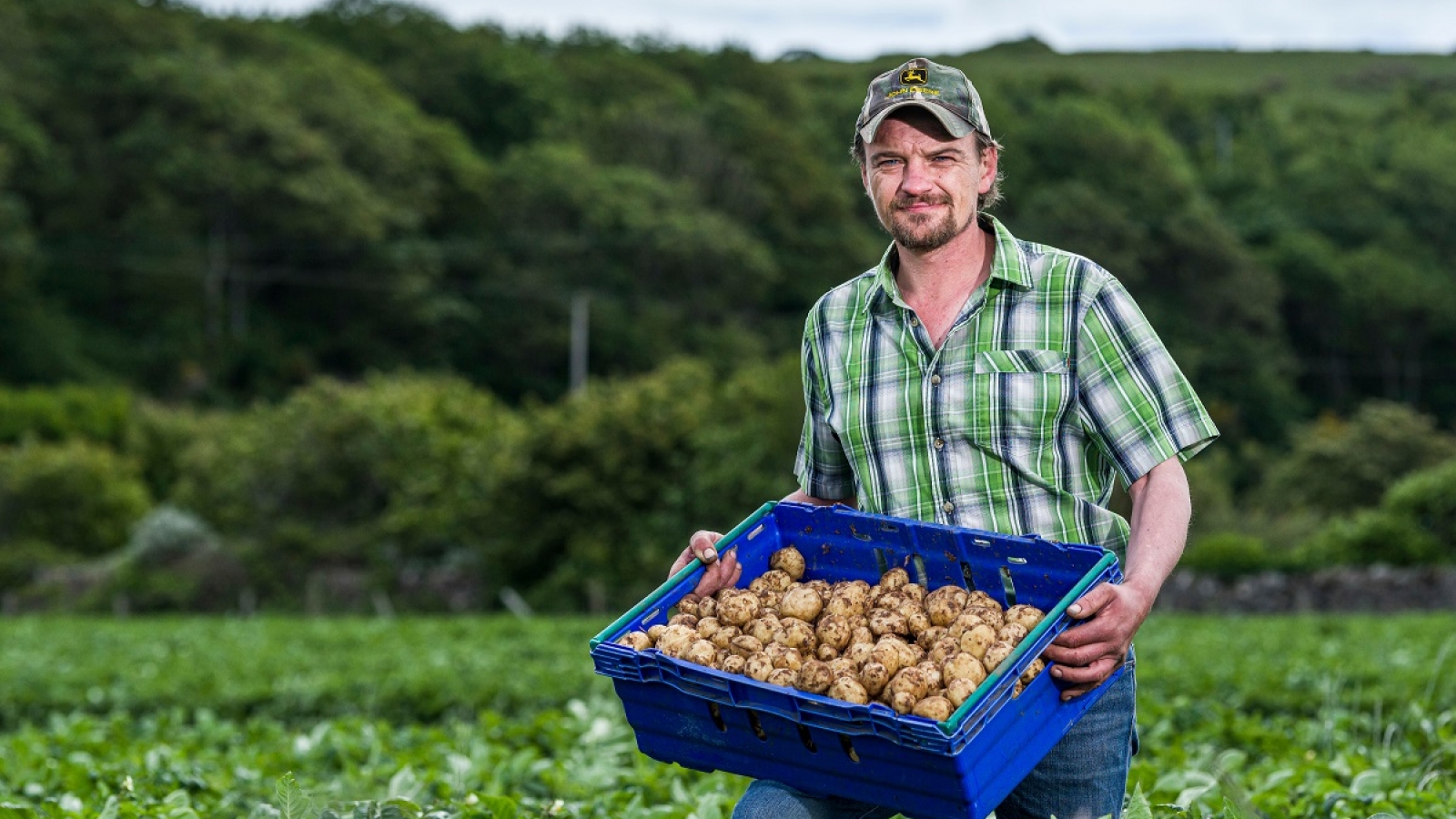 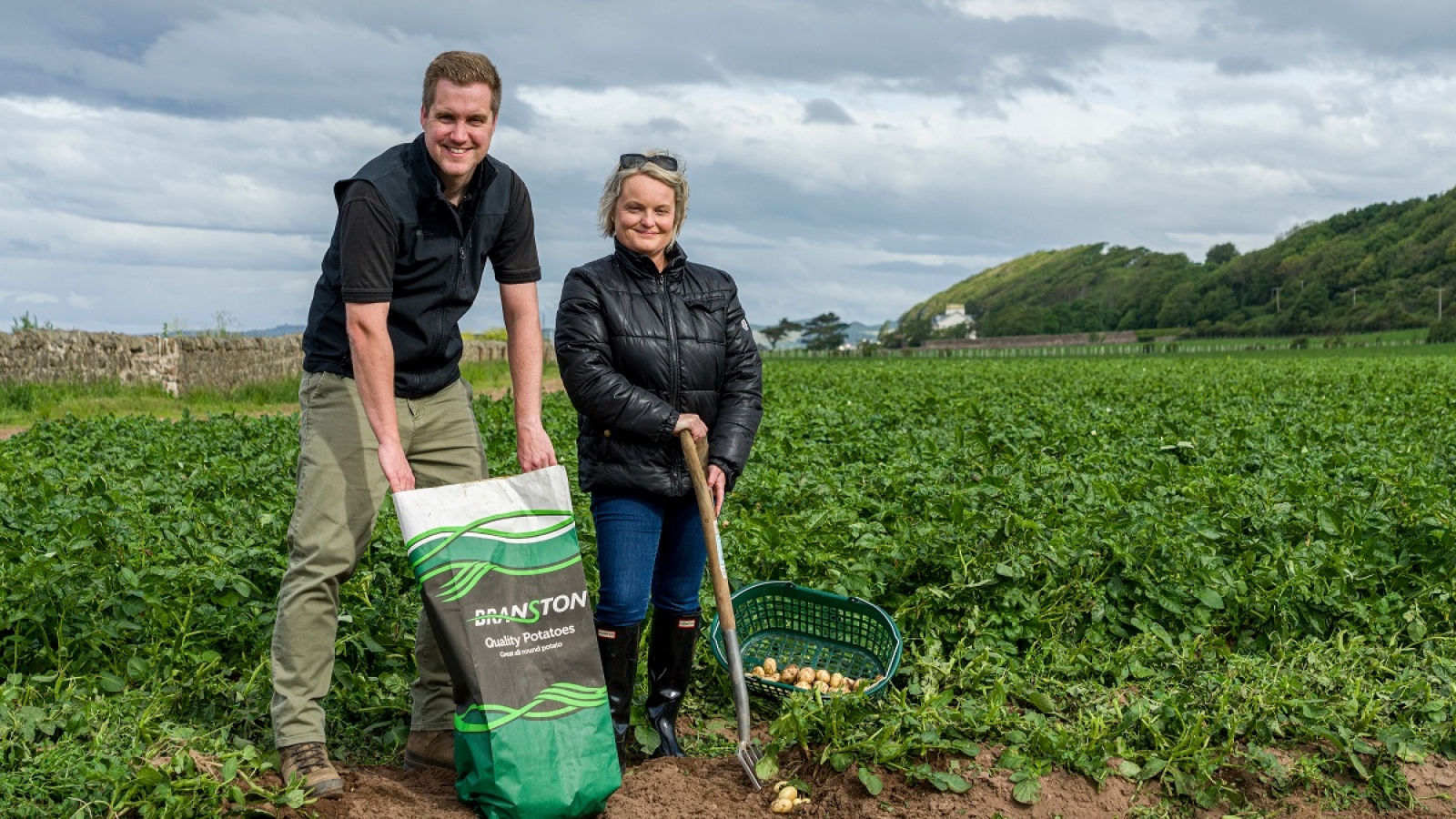 Ayrshire Earlies, Scotland’s first New potato crop of the year, will arrive in Tesco stores across Scotland from this week. Ayrshire is one of the most productive agricultural regions of Scotland, with a milder climate driven by the Gulf stream from the long coastline along the Firth of Clyde.

Four generations of the Wilson family have farmed in this unique coastal area for more than 130 years, passing the land down from generation to generation. Their Ayrshire Earlies are traditionally grown on a narrow strip of sandy soil that is just a few metres above the high tide line.

Because the area remains largely frost-free, they can plant as early as February. This year saw plenty of sunshine and the west coast still got some much-needed rain during April and May while the potatoes were bulking up beneath the ground. Throughout spring the crops are carefully checked so that they can be harvested as soon as they reach the right size. The first small load is often harvested by hand, as they are particularly delicate. They are packed at the Branston site in Abernethy and sent out to stores as quickly as possible.

Lucia Washbrook, sales & marketing director at Branston, said: “These are proper New potatoes - harvested while the leaves are still green above ground and the immature potatoes have a thin and fluffy skin. They have to be handled very gently like this and are best eaten while they’re really fresh.”

Ayrshire New potatoes are available in Tesco stores across Scotland in 750g packs and as a loose option both online and instore until the end of July.